What is an in-house movement?

Sometimes the luxury watch industry seems like an entire universe unto itself, operating in complete isolation from the rest of the world. This is particularly apparent when the topic of “in-house” or “manufacture” movements arises. Nobody seems to know what exactly constitutes an in-house movement. At the very least, nobody can agree on a single definition. Does that mean that in-house movements are just another example of the industry’s famed marketing hyperbole or do they add real value? This is arguably an almost impossible question to answer, but we will do our best.

Let’s start by trying to put together some sort of definition if only to give ourselves a reference point for discussion. Broadly speaking, an in-house movement is generally accepted as one that has been developed, designed, and assembled by the watch brand using it. I think you’ll agree that that sounds pretty reasonable, but it still leaves a lot of gray area. For example, even fairly basic automatic watch movements (e.g., simple three-handers) are made up of hundreds of components. Do all of these need to be manufactured “in-house” for the movement to qualify?

Many of these components, such as hairsprings, are too specialized (i.e., expensive) for most watch brands to manufacture in large quantities. Instead, they are often bought from third-party suppliers, some of whom make these items in Switzerland (or Germany), while others make them farther East. The origins of individual components in a movement are not generally disclosed by brands, so it’s basically impossible to know as an outsider what’s been made in-house and what hasn’t. Even the highly prized “Swiss Made” designation only requires that 60% of the manufacturing costs and the essential manufacturing steps occur in Switzerland. 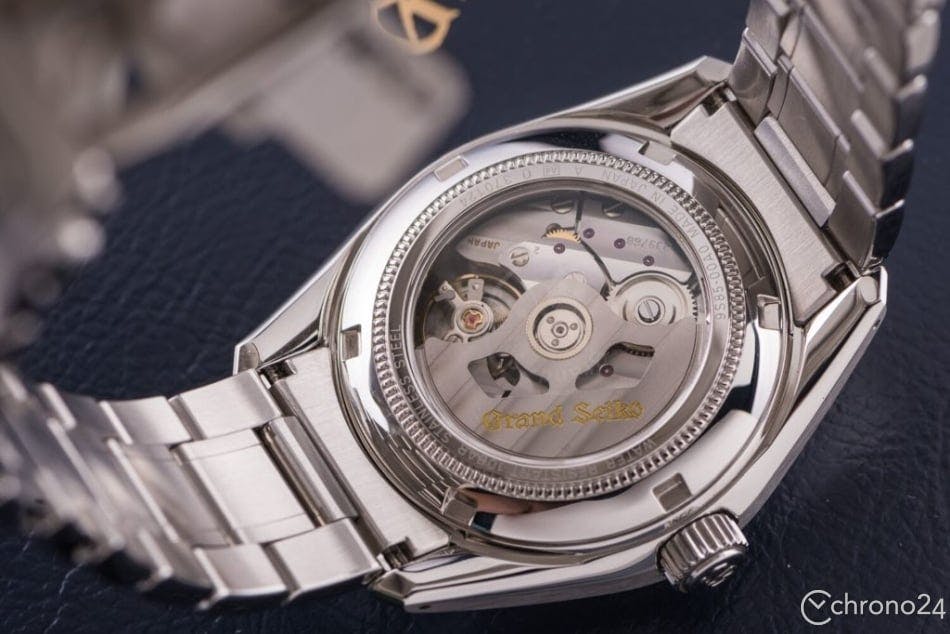 Then comes the added complexity of watch brands that have their own designated movement manufacturers. For example, Breguet owns Nouvelle Lemania SA and Blancpain owns Frédéric Piguet SA. When the movements manufactured by these companies are used by their respective owners, they are referred to as “in-house.” Confusingly, though, these movement manufacturers also supply movements to other brands as well. These are often referred to as an ébauche (the watchmaking term for the basic movement parts, such as the movement plates, bridges, and mainspring barrel). These base movements are then “finished” in-house by the respective brand and will likely be relabeled with a brand-specific designation that may or may not include a reference to the base movement.

There is also another term, which is similar in meaning to “in-house” but is sometimes (mis)used by brands: proprietary movement. In general, this refers to a movement that has been manufactured externally for use exclusively by that particular watch brand in that specific form. That last bit is important. “In that specific form” means the movement has been designed (sometimes in-house, sometimes not) to meet the brand’s specifications, and, therefore, an identical movement will not appear in another watch. That’s not to say very similar versions won’t appear in other watches, but that’s a different story. 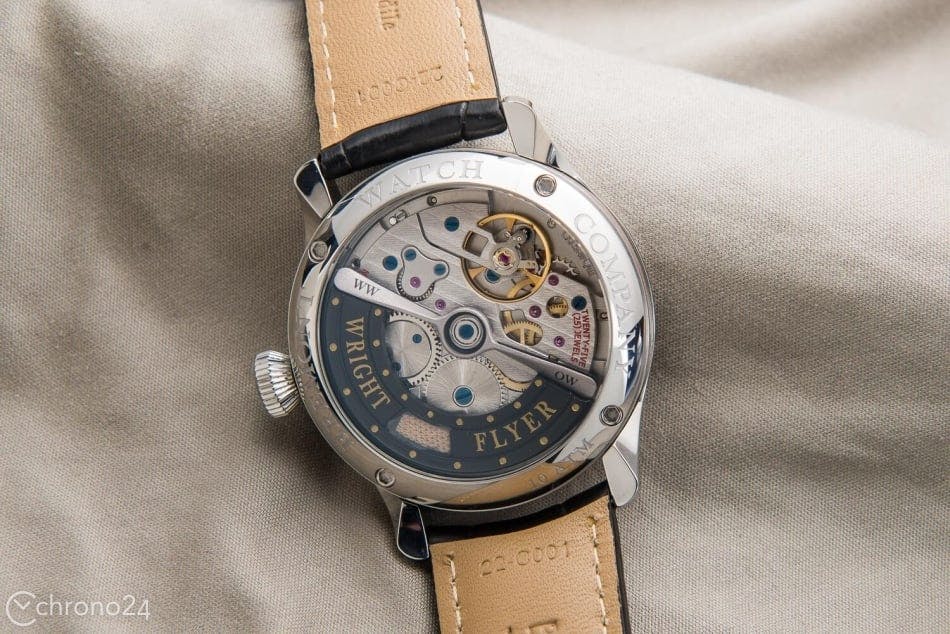 Perhaps one of the most infamous examples of misrepresenting a proprietary movement as in-house in recent memory is that of English watch brand Bremont. Back in 2014, the company launched its Bremont Wright Flyer and claimed that it was powered by the brand’s first in-house movement, designed and developed in their own manufacture in the UK. They were very quickly forced to walk back this statement when internet sleuths pointed out that it looked very similar to Arnold & Son’s Caliber 6003, which was manufactured by La Joux-Perret.

Bremont clarified that they had indeed partnered with LJP to create the brand’s first “exclusive” movement, that it was substantially different from the Caliber 6003, and that a number of key components had been machined in-house in the UK. Many weren’t convinced, while others were quick to point out that even the brands themselves can’t agree on what constitutes an in-house movement. Regardless, the negative response ensures that this remains a cautionary tale to overly ambitious watch-marketing departments.

The reality is that there are very few truly vertically-integrated watch manufacturers. Even those that are (or claim to be) have, at times, opted to use movements either sourced externally or from within other members of their group. Richemont-owned Jaeger-LeCoultre, for example, still regularly supplies movement to Audemars Piguet, and Rolex didn’t use an in-house chronograph movement in its famous Daytona until 2000 (instead relying on Zenith and Valjoux). Creating a watch movement from scratch is extremely expensive and time-consuming (we’re talking years, not months), so it doesn’t always make financial sense to try to do everything “in-house.” 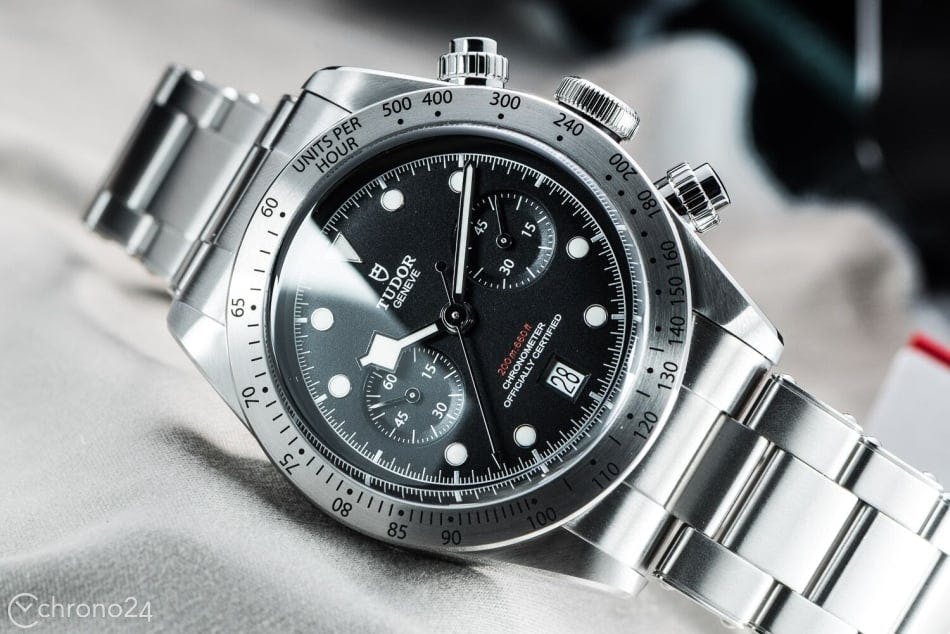 What about movements resulting from a collaboration between different brands? In 2017, Tudor introduced its polarizing Heritage Black Bay Chronograph. Inside was what the brand called its “Manufacture Tudor” MT5813 movement. Basically, it’s a Breitling B01 chronograph movement with a few a few technical and decorative updates. In return, Breitling got access to Tudor’s in-house caliber MT5612, a 3-hand movement, which they renamed “B20” following some modification. Both are technically “manufacture” or “in-house” movements, they’re just made by companies that have different names than the ones on the dial. Interestingly, both brands were very open about this collaboration, suggesting they had learned from the past mistakes of brands like TAG Heuer and Bremont.

So, the real question becomes: Is an in-house movement better? The simple answer is no, not necessarily. While an in-house movement might give a watch an increased sense of exclusivity, it may not necessarily be as reliable or as robust as, say, a run-of-the-mill ETA (read more about ETA movements here) that has been manufactured in the millions and proven itself time and time in the real world. As with anything, if you’re considering buying a watch with an in-house movement, do your research. Is there any history of issues? Are you just paying for marketing hype? Is it really an in-house movement? It’s confusing, for sure, but it’s also part of the fun of learning about watches! 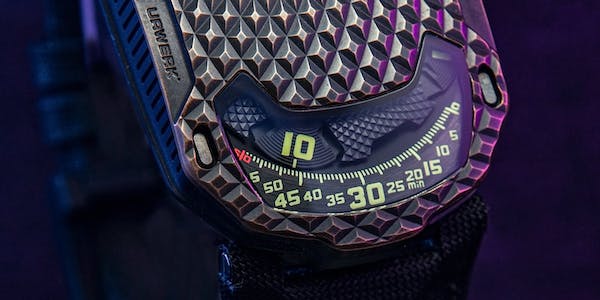